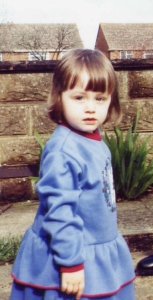 Emma-Louise “Elou” Carroll is a designer of books and t-shirts, an artist, and a whimsical photographer (who writes). She also reads. A lot. She gets lost in bookshops while sniffing, inspecting and generally caressing the books.

She has a BA(Hons) in Creative Writing with English from the University of Chester and an MA in Publishing from the Oxford International Centre for Publishing Studies. She was formerly on the committee for the Society of Young Publishers, designing their magazine InPrint.

She likes to keep ideas in jars, often finds herself looking upwards and sometimes obeys the whims of inanimate objects. One of her aims in life is to create a small goldfish circus.

She can be found on pretty much every social media channel in the history of the universe. Are you ready for this? You may find her lurking in the following places with varying degrees of success: Twitter, Youtube, Facebook, Flickr, Linkedin, Tumblr (and again, and again), and Instagram (and again, and again). Phew.

ElouCarroll.com is an eclectic mishmash of things but it is mostly a place to babble. Mostly about books and words. However, it will also feature photography, design and random bouts of creativity, and thought from our heroine.

Coming soon, in the mean time, feel free to get in touch about books, reviews and other bits and bobs via the form on the Contact page.